I have been posting a few videos lately of Joe Bonamassa and his “invited guests” like Gary Hoey and Warren Haynes.

Then this afternoon I came across this video gem from when Joe invited Gary Koch of Wildwood Guitars to join him on stage at the Paramount Theatre last fall.

This video is as much about Gary as it is about Joe. Some serious chops on display here!

I love that Joe graciously shares his stage with other great guitar players. Clearly he has no fear of losing his audience – rather he enhances their concert experience. Thanks Joe – keep rocking! 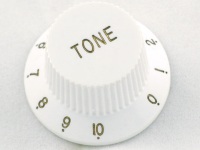 If you could listen in on a conversation between Carlos Santana, Warren Haynes, Derek Trucks, and Paul Reed Smith, what do you think you might learn? While Santana and the Allman Brothers were on a recent tour, Paul Reed Smith sat down with this group of highly-respected guitarists to have a casual conversation about tone, finding your voice, and being a musician.

Follow the conversation as these three world-renowned musicians discuss their musical roots and how their individuality and tone developed with Paul. The candid conversation covers many topics, but all are of interest to any musician who is serious about their art and finding or refining their own musical “voice.”

For the past 22 years, Warren Haynes has coordinated his annual Christmas Jam.

Like a family reunion, the annual, one-of-a-kind, semi-structured marathon of music brings together old friends on stage and in the audience at the Civic Center Arena in Asheville, N.C. for one of the countries greatest live events.

The London Times has rated it One of the Top Ten concerts in the USA.

“Christmas Jam started 22 years ago as an opportunity for local musicians to jam at the one time of year they were all in town at the same time. Back then, we gave the money to whatever charity we felt like. As the event grew and we became aware of Habitat For Humanity, we settled on them because we believe in the organization and know the money goes where its supposed to.” –Warren Haynes

The show thrives on the generous support of volunteer talent and behind-the-scenes personnel, with post-production proceeds going to Habitat for Humanity. In 2002, Haynes received the Key to the City from Asheville Mayor Charles Worley. In 2003, Mayor Worley proclaimed December 18th “Warren Haynes Day.” Over the last six years alone the event has donated close to a million dollars to Habitat For Humanity. Each year the concert continues to donate more than the year before. The main goal continues to be providing housing for families who are in need.

“When your work is music, its easy and fun to give back.” – Warren Haynes