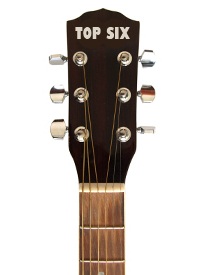 A few months back I let the readers of TheGuitarBuzz.com in on a little secret of mine — that my all-time favorite guitar song/solo is While My Guitar Gently Weeps, by George Harrison. As a part of the announcement, I created a new category on the blog titled “TOP SIX” and showcased what I believe to be the top six video performances of the song. If you missed that post, CLICK HERE.

(Even if you read it the first time around, it’s worth a re-read. It’s one of the more popular posts on The BUZZ).

Continuing in that every-six-month-tradition, here is another addition to the “Top Six” category with six amazing performances of “So Many Roads”.

While kudos are given to Joe Bonamassa for bringing this song back to life in recent years, credit must be given to Paul Marshall for the original lyrics and musical score and to Otis Rush for the first professionally recorded version.

Here are the “Top Six” videos… First up is Otish Rush, live from the Chicago Blues Festival. Next is Joe Bonamassa from North Sea Jazz in 2009. Then we have the Climax Blues Band (which, by the way, is my ALL TIME favorite band name) recorded in 1998 at Rockpalast. After the Climax Blues Band (just had to say it again) comes John Mayall and Buddy Whittington recorded at Pistoia 2007. Following them is The Crossroads Blues Band (not to be confused with Eric Clapton’s Crossroads, but rather the På Hagan Blues Festival). Lastly we have Sean Costello, a man I knew very little about until writing this post. Visit the WEB SITE for the foundation set up in his honor to learn more about Sean, his music and the memorial fund set up to honor his life and increase research for the treatment of Bipolar Disorder.

So sit back and enjoy this wonderful blues classic. SIX TIMES!