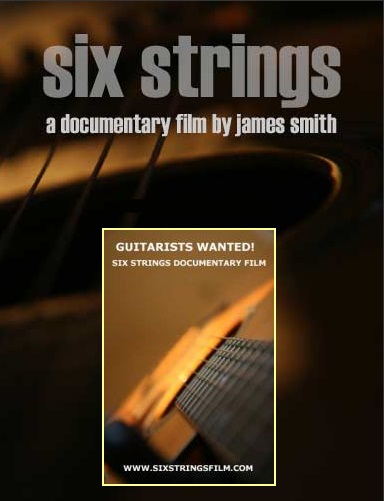 A new documentary film takes a close look at 3 guitar players from different generations. The tag line is: “A Documentary on the Electric Guitar From the Point of View of Three Rock Legends”.

Who are the 3 players? The Edge, Jimmy Page and Jack White! 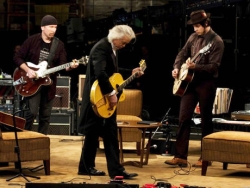 “It Might Get Loud” covers how each of the guitarists first got started playing guitar, who their influences were and how they got together with their respective bands

There is an exclusive review of the film at www.musicradar.com.

From the official web site… “It Might Get Loud” isn’t like any other rock n roll documentary. Filmed through the eyes of three virtuosos from three different generations, audiences get up close and personal, discovering how a furniture upholsterer from Detroit, a studio musician and painter from London and a seventeen-year-old Dublin schoolboy, each used the electric guitar to develop their unique sound and rise to the pantheon of superstar. Rare discussions are provoked as we travel with Jimmy Page, The Edge and Jack White to influential locations of their pasts.”

The film’s Official Web Site has limited information, but I promise to keep the blog updated as new news becomes available! The film is set to release on August 21, 2009.