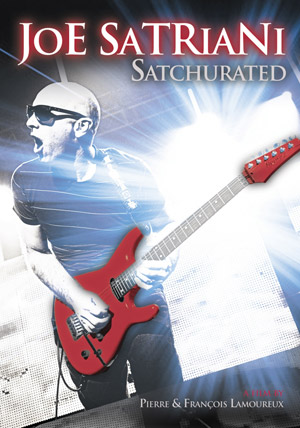 Coming soon to Theatres near you.

NOTE: There will be a special pre-screening at Winter NAMM 2012, Saturday Jan 21st at Ultralux Theatre in Anaheim, CA at 6:30PM. GuitarDaddy will be there!

I love the fact that so many artists are embracing technology to promote their music.

Joe Satriani has been building a BUZZ around the upcoming release of “Black Swans and Wormhole Wizards” (release date 10/5/10) by posting a daily podcast video on YouTube.

Check out the first track “Premonition”, in the video below.

You can watch each video podcast track-by-track by CLICKING HERE: