Not Fade Away, David Chase’s deeply felt love letter to the music of the Sixties, is a film about dreams that come true — and the ones that never do. 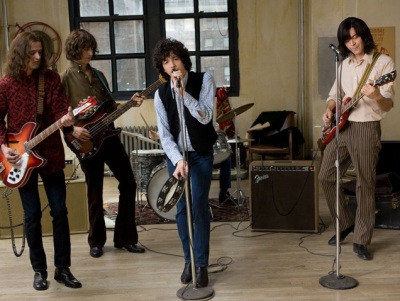 Not Fade Away – The Movie

For Chase, “It’s about anybody who has ever had a dream and about what it takes to actually realize that dream. Rock & roll is at the heart of the movie because for some of the characters, rock music is the gateway to transcendence, but it doesn’t end there.” Traditionally, most rock & roll movies have focused on the agony and ecstasy of “making it” on a grand scale, usually with thousands of fans screaming in the background. As a rule, we witness some band of brothers’ rise and fall, then their crash and burn, and perhaps the eventual resurrection. As one might expect from a man best known as the creator of the groundbreaking television series The Sopranos, Not Fade Away is not your average rock & roll movie. Instead, this is an intimate, powerful, alternately painful and funny drama about coming of age and the sort of indelible memories — musical and otherwise — that end up making us who we are. Here is the official trailer: