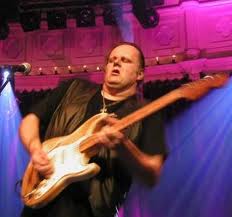 In 1981, he was also tapped to replace the late Bob Hite in Canned Heat, remaining with the venerable group through the middle of the decade. While filling in one night for an ailing John Mayall, Trout (also a Bluesbreaker for some five years) was spotted by a Danish concert promoter who agreed to finance a solo tour.

Assembling his own backing band, in 1990 he released his debut LP, Life in the Jungle, trailed a year later by Prisoner of a Dream. The rest is history – as Walter Trout has gone on to carve out his place in the Blues-Rock world.

What better way to celebrate than this 2 hour concert LIVE from Holland!