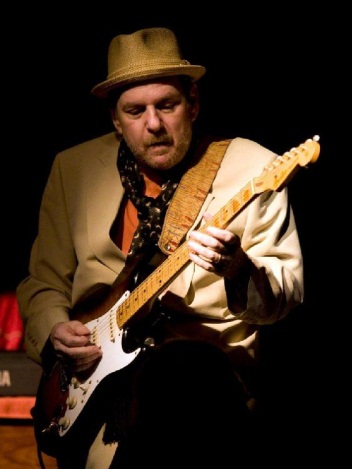 A very special HAPPY BIRTHDAY today to one of my all-time Guitar Heroes, RONNIE EARL.

“I feel the respect and affection for him that a father feels for his son. He is one of the most serious blues guitarists you can find today. He makes me proud.”
– B.B. King

Ronnie is a two-time Blues Music Award winner as Guitar Player of the Year.

For five years he was an Associate Professor of Guitar at Berklee College of Music.

In 1995, Ronnie released “Ronnie Earl: Blues Guitar with Soul”, an instructional VHS tape that was then re-released in DVD format in 2005. It’s one of my favorite instructional videos to this day.

In 1988, Ronnie formed his own band that he named “The Broadcasters”. About a year ago, Tom Hazeltine (Ronnie’s road manager) put together a retrospective video and posted to YouTube. I am adding it here for you to see what all of the BUZZ is about!