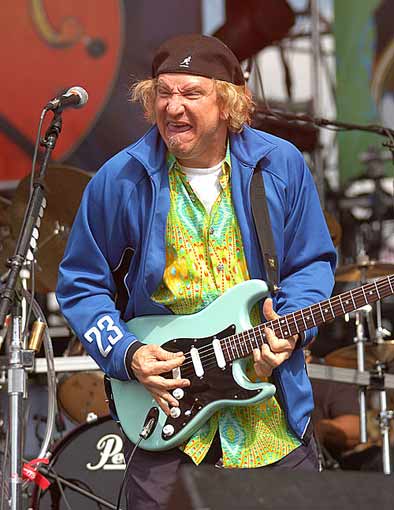 Guitar Face: The act of making an unusual face while playing the guitar. The look typically resembles a look of pain, intense ecstasy, or sometimes even plain old gas.

Guitar face is a horribly disfiguring condition effecting tens of thousands of guitar players around the world.

Joe Walsh gave us a fantastic “guitar face” during the 2004 Crossroads Guitar Festival.

Note: This post originally appeared on TheGuitarBuzz a couple of years ago, but after seeing Joe on The Grammy’s, I thought it would be fun to dig it out of the archives…