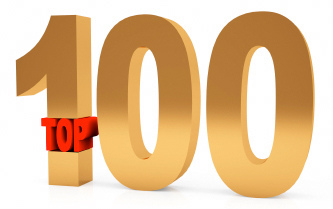 The Undisputed Top 100 Guitar Players of All Time...

Are they measurably accurate?

Or, to look at it a different way…does it depend on who wrote the list?

Lets be honest. Would your personal list of the “Top 100 Guitar Players of All Time” be the same as mine? Of course not!  (And of course, my list would be better than your list!)

Rolling Stone Magazine recently published their list of the “100 Greatest Guitarists” and it has stirred up an emotional debate amongst readers who’s favorite player was snubbed from the list.

Joe Bonamassa (who was not on Rolling Stone’s list) published his own list…and while the majority of his forum readers agree with him, some followers chime in with even more omitted names.

So where do you start and who do you believe?

Unless the list is confined to truly measurable criteria like: “The Top 100 Solo-Guitar Players Ranked by Album Sales From 2001-2009”, then the author has listed who they believe are the best players — which makes the list truly subjective and based on the opinion of the writer.

Recently,the 2012 Grammy Nominees were announced.  That’s another list that has proven to be very subjective. Case in point, a certain well-known blues guitar player with 12 albums, 9 of them #1 selling, who sells out 200+ concerts worldwide year after year did not make the list.  He was not nominated. In fact, he never has been!

As for me, all I have to do is look at my iPod and sort by artist to see my personal who’s-who of guitar playing! With 12,000+ songs, I assure you every influential player in MY LIFE is there…