When it comes to acoustic guitar playing, Tommy Emmanuel is recognized as the elite of the elite. Not just in his homeland of Australia, but in the entire world. 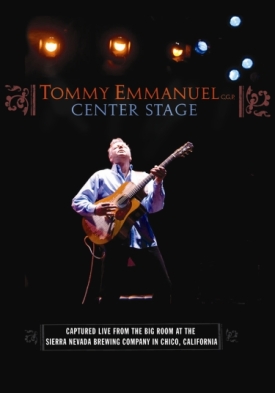 Tommy has mesmerized both fellow musicians and audiences alike with a professional career that spans over four decades. Tommy’s flawless guitar skills and voluminous repertoire never fail to amaze and engage his audience.  His flair, unforgettable showmanship and exhaustive world wide touring schedule have created an enviable fan base that continues to grow even larger every year.

Tommy’s “finger style” guitar playing is not what you are used to hearing… or seeing.  He actually uses all ten fingers when he plays, just like a pianist would use playing play the piano!

Guitar legend Chet Atkins honored Tommy Emmanuel with the title of “Certified Guitar Player” for his lifetime contribution to the instrument, a rare honor shared by only three other people in the world (Jerry Reed, Steve Wariner and John Knowles.)

Many players who have played guitar their entire lives watch Tommy play with with total wonderment of his ability.

Les Paul: If you were lucky enough to be born with a sense of humor and a be good showman, that’s Tommy Emmanuel.

Stevie Vai: Tommy is not the future of guitar playing because in the future people will not be able to play like him…

You can visit his official site to play sound clips by CLICKING HERE. As you listen to these samples, it’s hard to believe there is only one person playing guitar…

Watch the VIDEO TRAILER of the DVD: