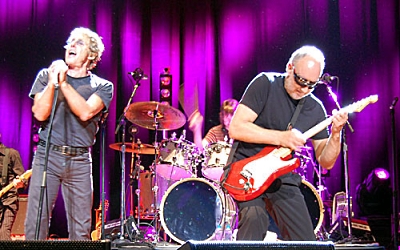 The NFL made the OFFICIAL announcement!

With singer Roger Daltrey, and songwriter and guitarist Pete Townshend, the band is known for their big hits in “Pinball Wizard, “Baba O’Riley,” “Won’t Get Fooled Again,” “Who Are You,” and, “You Better You Bet.”

More than 151 million viewers in the U.S. watched last year’s show. The Super Bowl and halftime show will be broadcast worldwide in more than 230 countries and territories. The band has sold over 100 million records worldwide. Those are some VERY BIG numbers!

Past performances at the Super Bowl have included Bruce Springsteen and the E Street Band, the Rolling Stones, Tom Petty and the Heartbreakers, Paul McCartney and U2.

Gotta love the NFL for rockin’ out the big bowl game!