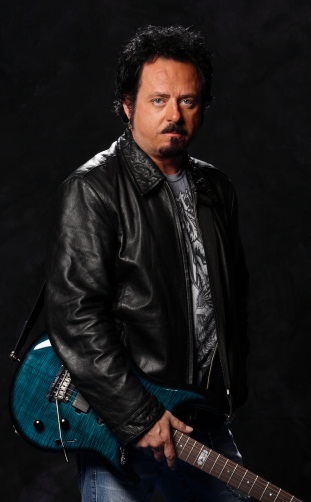 Steve Lukather (Toto) has been working on a new album project, and according to his Twitter site, we may be listening to it this summer.

The upcoming release will consist of performances from various guitar players with different styles. “I am doing a “6 string theory” record. It’s a record with guitar players from EVERY style from BB King, Keb Mo, Mike Stern, Andy McKee, John Scofield, Vince Gill, Guthrie Govan and Lee Ritenour, and some ‘secret cats” I will reveal soon,” Luke said about the project.

This morning, he posted this comment on Twitter: “Finished 6 string Theory mixes last night with Lee Ritenour. A really cool guitar record with a ton of legends. Out June 15th”

Previous Updates from his web site:
February 15th 2010
“Monday, we are back. Guitars guitars guitars and more guitars. Lol. Almost done with them. Some acoustics today as well.”

February 12th 2010
“Back in the studio with Steve Weingart on keyboards. Makin it “puffy”. Waiting to see how Mac’s condition is today. Lol.”

February 11th 2010
“Things are going great. It is starting to sound like a record and I am excited. More guitars today. Finished all the 5000 tracks of basic guitars and a few solo’s this week. It sounds HUGE and fat.”

Watch this video where Luke takes a look back at the end of the first week of overdubs on what he had achieved and reveals why rubber sheets are required in the studio as he records his new album: