It’s St. Patricks Day and my daughter has already pinched me because I forgot to wear something green. So I promised her I would add something green to TheGuitarBuzz. 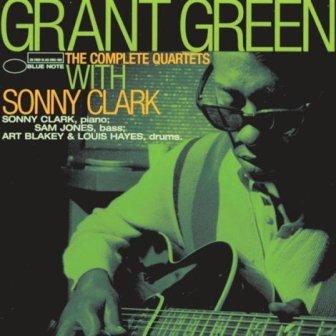 Rather than re-posting a picture of one of the million green guitar photos on the web, I thought it would be more appropriate to honor the late Grant Green, who was a jazz guitarist and composer. The world lost Grant in 1979 when he was only 43.

Grant’s extensive foundation in R&B was combined with a mastery of bebop and simplicity that put expressiveness ahead of technical expertise. He was a superb blues interpreter, and his later material was predominantly blues and R&B, though he was also a wondrous ballad and standards soloist as well.

Critics Michael Erlewine and Ron Wynn wrote that Green was “a severely underrated player during his lifetime and one of the great unsung heroes of jazz guitar…Green’s playing is immediately recognizable — perhaps more than any other guitarist.”