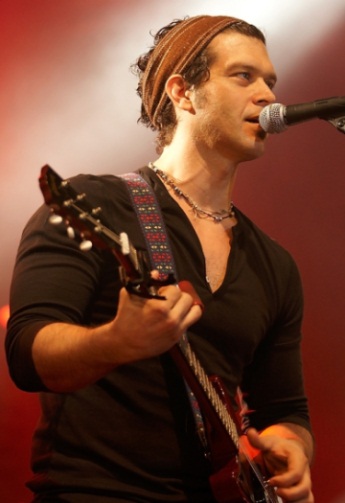 Eric Clapton took an interest in Bramhall’s music and they have often toured and recorder together. Doyle co-wrote “Superman Inside” and played guitar on Eric’s 2001 solo album, Reptile. He occasionally joined Eric on stage.

Doyle became Clapton’s second guitarist after Andy Fairweather-Low backed out of the tour in 2004. He also toured with Eric Clapton as part of his 2006/2007 world tour along with slide guitarist Derek Trucks and he performed at the 2007 Crossroads Guitar Festival at Chicago’s Toyota Park.

While all of that is very interesting, the most amazing fact about Doyle is that he is left-handed and usually plays the right-handed model of a guitar upside-down! When he does play a left-handed model, the guitar is strung as if to be played by a right-handed player (as was the case with Albert King.)

Check out this video to see his most unusual style in action and up close.

Of course, a Flying V almost looks the same either way…Enjoy the VIDEO.