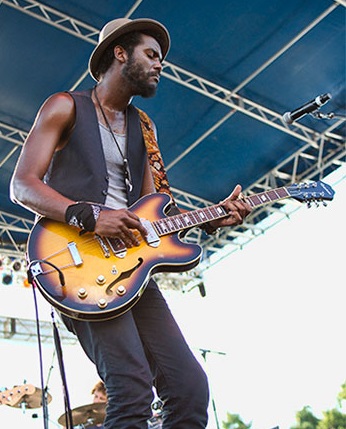 Last week during the annual Crossroads Music Festival held at Madison Square Garden, Austin native and rising star Gary Clark Jr. stood out among a dozen of rock’s greatest guitarists as the man of the moment.

He was neither the fastest or loudest or most technically challenging player of the festival but he effortlessly made the greatest impact. Clark brought ineffable presence–excitement–and star-power to the stage.

Clark’s performances were clearly anticipated by the crowd. Organizer Eric Clapton has never shied away from praising unique talent and his endorsement of Clark over the last few years (along with a guest slot and standing ovations backstage from The Rolling Stones) has only added to the seemingly unstoppable momentum of Clark’s career.

Read the rest of this interview on the EPIPHONE site by [CLICKING HERE].