Several new blues cds have landed in my mailbox over the past few weeks! Check these out: 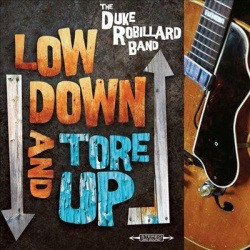 Stony Plain Records will release The Duke Robillard Band’s: “Low Down and Tore Up”, the guitarist’s 18th record for the label, on September 20th.

This CD is a collection of blues songs from the hallowed days of the 1940s and ’50s, Low Down and Tore Up finds Robillard and his talented band re-imagining material from both well-known and obscure bluesmen like Tampa Red, Guitar Slim, Elmore James, Pee Wee Crayton, John Lee Hooker and others, retro-fitting the songs with, says the press release, “screaming tenor sax solos, gut-bucket vocals and guitar solos that shake the walls.”

In a press release for Low Down and Tore Up, Robillard says “basically, I just wanted to go in the studio and record live and capture the real feeling of the lowdown blues in an off-the-cuff sort of way; the way singles used to be made in the blues world for small labels.”

“Blues is a 20th century music with roots in the 1880s and 1890s,” Small says in the album’s liner notes. “It is music ‘of the people’ that evolved from the trials and joys of everyday life. This CD is a collection of songs from the late 1800s through the early 1950s. My intention is to highlight various pieces and styles that have shaped my guitar playing. From Rags to Traditional, Delta to Chicago – this is the music that has kept me pickin’ those guitars.” 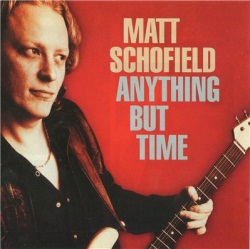 Available now, Matt Schofield’s “Anything But Time” is an example of Matt at his compelling best playing guitar & vocals.

The CD features new drummer Kevin Hayes (ex Robert Cray Band) along with Jonny Henderson on keys, who unconventionally also plays bass on keys and was voted “Best British Keyboard Player” at the 2010 British Blues Awards. Three of the ten tracks include special guest Jon Cleary on keys to add that distinct New Orleans feel to proceedings. All but two of the songs are co-written with Dorothy Whittick, leaving renditions of Steve Winwood’s “At Times We Do Forget” and Albert King’s “Wrapped Up In Your Love” to acknowledge some of his influences. The title track puts you straight in the groove and there is plenty to admire here from the slow burning “See Me Through” to the blues driven “Where Do I Have To Stand” and “Don’t Know What I’d Do”. The overall pick has to be the sublime Hendrix fueled “Dreaming Of You” that a lot of fans will soon hope to experience live! (reviewed in part by Amazon.com) 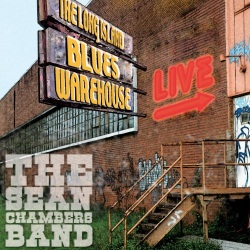 Sean Chambers – “Live From The Long Island Blues Warehouse” is a fresh find for GuitarDaddy.

Chambers’ style is distinctive to my ears in an “a la Stevie Ray Vaughan” kind of way. They guys got chops that won’t quit.

The album was recorded live on March 22 before a lively audience in a recording studio atmosphere, which resulted in superior audio quality. Backing Sean on the live CD are his longtime bassist Tim Blair and drummer Paul Broderick, with special guest Gary Keith on harmonica.

The new album’s ten tracks include mostly originals, along with Sean’s distinctively searing takes on “Full Moon on Main Street,” a highlight song from an early album by The Kinsey Report, as well as a blistering version of Elmore James’ “Dust My Broom,” which recalls Johnny Winter in its approach. There’s also a brand new original song, “Hip Shake Boogie,” that is making its first appearance on any Sean Chambers album. The remaining seven tunes come from Sean’s three earlier albums, although most of them, with the exception of the two songs from Chambers’ last critically-acclaimed 2009 CD, Ten Til Midnight, have not been widely heard until now. 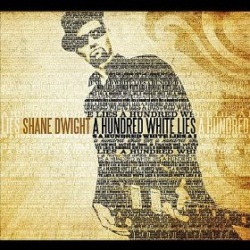 Shane Dwight’s publicity bio states that he has performed 2,000 live shows over the last 10 years. That, my friend, is a lot of concerts. He has also released seven CDs, which have been moderately successful, selling in excess of 60,000 copies.

He is one of those extraordinary guitarists who seem to float under the radar. His ability to compose and create a fusion of melodic and tough blues/rock songs is first-rate. And along the way he has shared the stage with such artists as B.B. King, Los Lobos, The Marshall Tucker Band, Johnny Winter, Etta James, The Doobie Brothers, and Jimmie Vaughan. His sound tends to tread the line between rock and blues, every so often treading into what could be called alternative country.

A Hundred White Lies is his latest release and many of the tracks deal with the dark side of his recent life, including the ending of a relationship. The title track and “She Struts 22” are songs about temptation, while “Love’s Last Letter” and “Broken” explore the pain of separation and divorce. “True Love’s Gone” essentially summarizes his painful journey