Introducing the new “King Of The Blues”… Joe Bonamassa! 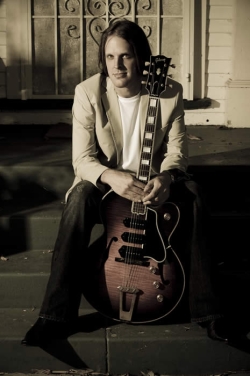 “Joe’s prodigious talents shone in 2008 when his star began to rise significantly in the UK. With a fantastic live album and some excellent live shows during the year, Joe then signed up to present a regular show on Planet Rock and has already announced, and sold out, a show at the Royal Albert Hall in May 2009.

Joe managed to beat competition from some true guitar icons to take this category, and he did it reasonably comfortably. 30% of your votes confirmed Joe as a new guitar legend, and your Guitar Hero Of 2008”.

Here’s the rest of the top five:

That’s some amazing company to keep…

Joe’s upcoming studio album, “The Ballad Of John Henry” is scheduled for release in February 2009 via J&R Adventures world wide.