If you want to make a guitar blogger’s day, send them an email saying you really enjoy reading the content on their blog! (hint-hint!)

That’s exactly what Steve Senes did for The GuitarDaddy a few days ago.

Steve came across the TheGuitarBuzz.com while searching on Google for information about Guitar Player Magazine’s “Guitar Superstar” Competition.  I had posted an article about the competition back on July 11th and Google delivered that link to Steve.

Let’s just call it a match made in “Guitar-Cyber-Heaven”!

Now in its fifth year, Guitar Player’s Guitar Superstar competition is the centerpiece of Guitar Player LIVE!, a 3-day celebration of guitars, music, and gear presented by the Livermore Valley Performing Arts Center in Livermore, California (east of San Francisco) on Saturday, September 12, 2009.

Steve is one of the Top-10 Finalists in the competition and after exchanging a few emails, he graciously agreed to give The GuitarDaddy an interview for TheGuitarBuzz.com. Check this out:

GD) Steve, tell me a little about yourself…
“I’m a guitarist living in the Myrtle Beach, SC area, though I’m originally from the Washington, SC area. I’ve played in a lot of different styles of bands, from Metal to Pop Rock to Funk to Country & Southern Rock, which has (I guess) given me kind of a schitzo style; God only knows what’s gonna come out next.”

GD) How long have you played guitar?
“I started playing guitar in late 1985, so that’d make it about 24 years now. I’d fiddled around with it before then, but that is when I started taking it seriously…”

GD) What style of music do you enjoy playing?
“I enjoy playing a lot of different stuff on Guitar, but when it comes right down to it, it’s hard driving rock that I dig the most. I like hitting on some funk as well, but in moderation. I say it like this remembering a band I played with for around three years where we’d go weeks (literally gigging 7 nights a week) without playing a song where I could turn distortion on my guitar. It’d drive me nuts cause after a while, I just gotta crank it and get my wail on…..”

GD) Is this your first time to enter a guitar contest?
“I’ve been in a few contests over the years – starting in the DC area, where I grew up. There were three Hot Licks Guitar Shop contests, the third of which I won. In 1996 I won a contest here in the Myrtle Beach area sponsored by a local rock radio station. In 1999 I won a contest sponsored by Guitar Center in conjunction with Steve Vai. In this contest, the grand prize was to get up and jam with Steve Vai and his band on stage at their gig. Thus far, it’s been the pinnacle of my guitar playing career – and the most frightening – Jack Butler anyone?”

GD) Are you nervous about playing in front of those mega-star judges?
“Not so much playing in front of the judges as much as “boy o boy, I hope I don’t get up there and lay an egg”, LOL! I’m just gonna go up there & play the way I love playing. I love to play guitar, I think that’s the way it should always be.”

GD) What are your aspirations with the guitar?
“To never again have to play gigs that I hate in order to pay the bills. Also, in a questionnaire for this contest I was asked pretty much the same question, to which I answered the following: “To travel the world, playing my music for every guitar music fan I can find. The stages, the lights, the crowds. I want it all!” 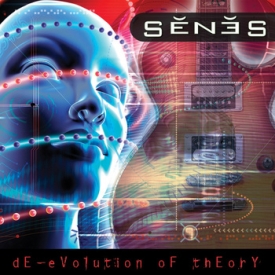 Steve has a new CD coming out titled:
dE​-​eVolution oF thEorY.

Click on the CD cover to the left and you will be re-directed to a site where you can sample all of the songs from the upcoming CD.  You can even download individual tracks (or the entire CD).

The funds collected will go toward the cost of mastering the final CD for production.

Come on GuitarBuzz readers… let’s help the guy out! This is great stuff!

Steve will be performing the first track from the CD titled: “The Swami” for the Guitar Superstar competition.  He gave me permission to embed the track below so you can listen to what the judges will hear (while you continue reading The GuitarBuzz…)

You can contact Steve directly through his MySpace page by CLICKING HERE.

GOOD LUCK IN THE COMPETITION STEVE!!

GuitarDaddy will provide an update on the results…