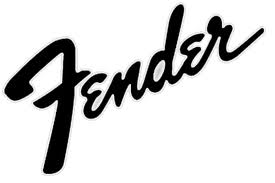 Founded in 1946 by Leo Fender, the company created the Telecaster and Stratocaster guitars in the 1950s.

The “Strat,” a favorite of Hendrix and scores of others, went on sale in 1954. It had a sturdy, all-wood body that could stand up to repeated abuse, making it popular in the rock and roll world.

“The Fender brand in particular is closely associated with the birth of rock `n roll and has a strong legacy in music and in popular culture,” the company said in a filing with the Securities and Exchange Commission.

In its filing with the SEC, Fender said it’s the country’s biggest seller of electric, acoustic and bass guitars. It also makes amplifiers and other instruments including banjos, ukuleles and mandolins, and sells instruments under other brands such as Squier, Jackson, Guild, Ovation and Latin Percussion.

The classic Strat and Telecaster models are still made today, with prices ranging from a couple hundred dollars for a basic model to several thousand dollars for high-end and custom versions.

Fender went through several owners before making its push to the public markets. In 1965, Leo Fender sold the company to broadcaster CBS Inc., which sold it to an investor group 20 years later.

Launching the IPO will help Fender pay down its debt load of $246.2 million. Fender said it plans to use about $100 million of the IPO’s proceeds to repay debt, with money left over for working capital.

With sales in 85 countries, Fender said revenue could get a boost from growing interest in guitar-based music from emerging markets like China, India and Indonesia. But it warned that increasing popularity of other types of music, such as rap or house, could hurt demand for its guitars.

Guitars and amps make up nearly three-quarters of its sales.

In recent years, the Scottsdale, Arizona-based company’s guitars have been used by musicians from Bruno Mars to Shakira.

The company plans to trade the shares under the “FNDR” symbol on the Nasdaq, but didn’t say when. It did not lay out how many shares the company and its shareholders intend to sell or set a price target on its stock. The final offering may differ from the $200 million in Thursday’s filing as the IPO’s bankers gauge investor demand for Fender shares.

With the overall stock market now trending up, the conditions for an IPO are improving and investors are looking upon the offerings more favorably. In recent weeks, several companies, mostly in the technology and Internet sector, have made splashes in their Wall Street debuts.

J.P. Morgan and William Blair are managing the IPO.