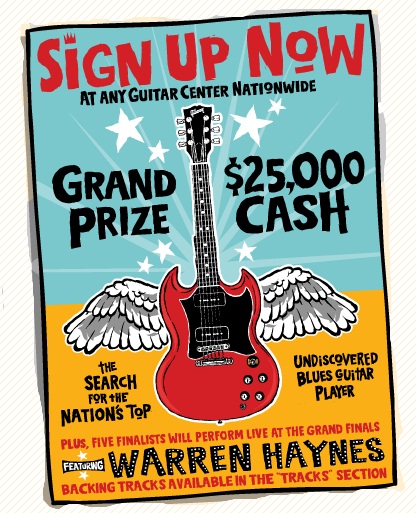 GUITAR CENTER’S KING OF THE BLUES IS BACK!

Guitarists, sign up now at any Guitar Center store nationwide for Guitar Center’s King of the Blues, the search for the top undiscovered blues guitar player in the country.

In addition, the top five finalists will perform live at the King of the Blues grand finals featuring Warren Haynes at the House of Blues Sunset.

Competitions start May 5th. Download the official King of the Blues competition backing tracks here; including five new ones for this year created by Grammy Award-Winning Producer, Pete Anderson.