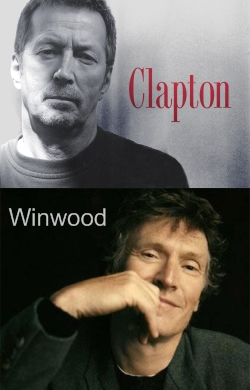 Hot off the press from my friends at “Where’s Eric…”

Legendary musicians Eric Clapton and Steve Winwood kick off their 16 date European 2010 Tour on 18 May at the LG Arena in Birmingham, England. The tour includes two nights at London’s Wembley Arena, an “open air” concert on the Konigsplatz in Munich, plus “one night only” stops in Antwerp, Paris, Arnhem, Berlin, Vienna, Belgrade, Istanbul and other cities.

Eric Clapton and Steve Winwood first connected in 1969 when they formed Blind Faith with Ginger Baker and Rick Grech. One of rock music’s first “supergroups”, the band was short-lived and released only one album. The eagerly anticipated 2010 European dates follow last summer’s U.S. Tour. Their three amazing nights at Madison Square Garden in February 2008 were captured on Live From Madison Square Garden. Released in May 2009, the DVD and CD sets highlight the duo’s shared history in Blind Faith, their abiding love of the blues, coupled with some signature solo songs and a few of their personal favorites.