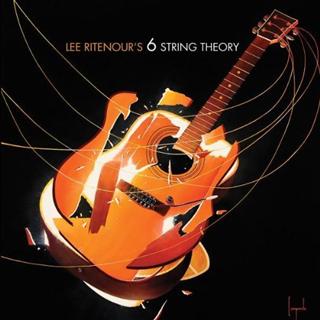 The long awaited CD from Lee Ritenour titled “6-String Theory” has been released and is now available on iTunes and Amazon.com to download.

“Six String Theory” pushes the limits of the guitar by combining superstar guitarists from the worlds of rock, blues, country, jazz/fusion, acoustic, and classical/flamenco genres — all into one massive effort.

I have written in the past that I love (almost) every style of guitar music and what I love about this CD is that it crosses the boundaries of many different genres to provide a refreshing mix of 6-String styles.

I’m excited to announce that the “Six String Theory” project is finally done! We’ve finished up mastering and are excited to share the music with everyone. We’ve assembled an incredible roster of guest guitarists on the album in many different genres from up and coming Shon Boublil at 16 years old playing classical guitar to blues guitar icon BB King at age 84. This was an amazing album for me to produce and perform on… – From Lee Ritenour’s web site