Talk about a MOJO Heritage…

BLUESMAN LARRY “MUD” MORGANFIELD, SON OF THE LEGENDARY MUDDY WATERS, IS THE SON OF THE SEVENTH SON ON SEVERN RECORDS DEBUT CD 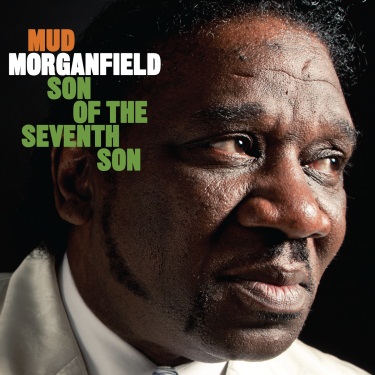 Recorded in Chicago and produced by Bob Corritore, Son of the Seventh Son features Mud Morganfield’s earthy, soulful vocals backed by a cadre of blues all-stars, including Kenny Smith on drums, Rick Kreher and Billy Flynn on guitar, Barrelhouse Chuck on keyboards, E.G. McDaniel on bass, and Harmonica Hines and Bob Corritore on harp.

“I just couldn’t have done this without those cats, man,” Morganfield told writer Terry Mullins in an interview published in Blues Blast Magazine. “They brought something to the studio that will forever live in my heart. It brought out the best in me. It’s a great CD, some of the best work I’ve done so far. It’s got one great song after another on it.”

Son of the Seventh Son includes seven Mud Morganfield originals, as well several other new tunes and a couple songs associated with his famous dad, such as “You Can’t Lose What You Ain’t Never Had.” Producer Bob Corritore calls his sound “a contemporary version of traditional Chicago blues.”

“There’s two songs of pop’s on there and with anything I do, I’m gonna add pop,” Morganfield said in the interview. “But the rest of the disc is made up of several songs that I wrote, along with a song that Bob Corritore wrote and one my good friend Studebaker John wrote. But it’s all got that Muddy style to it, because that’s who I am. Without me even trying, I come off like the son of Muddy Waters and I’m proud that it’s like that.”

Chicago-based Mud Morganfield is the eldest son of the blues icon and bears a striking vocal and physical resemblance to his illustrious father. He has toured all over the world spreading the gospel of blues just like his daddy did and will support the release of Son of the Seventh Son with tour dates both in the U.S. and internationally, as well.

For more information on Mud Morganfield, visit http://www.mudmorganfieldsite.com/ and www.severnrecords.com.