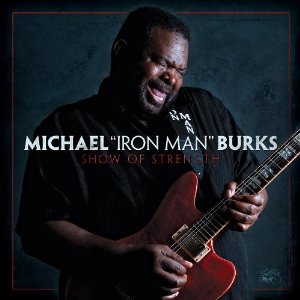 A powerhouse performer, Michael Burks was one of the blues’ top live draws, headlining festivals all over the world.

His records were equally celebrated, with 2008’s aptly titled “Iron Man” release called “a knockout” by Mojo magazine and “exceptional, exquisite and wicked” in Billboard Magazine.

Show Of Strength burns with the white-hot intensity that made Burks one of the greatest bluesmen of his generation.

His sudden death robbed the blues world of one of its brightest stars.