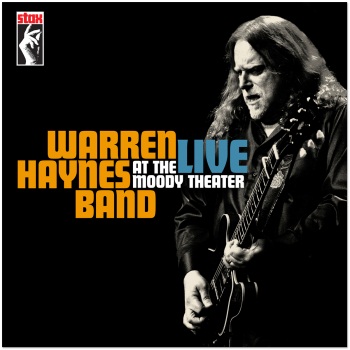 The Warren Haynes Band: Live From The Moody Theater, will be released on April 24th by Stax/Concord Music Group.

All Pre-Orders come with an exclusive live bonus CD of acoustic Warren Haynes performances from the 2011 tour. This bonus disc will also include the three tracks that are only on the DVD portion of Live At The Moody Theater, which are “Power & The Glory” from the show itself, and “Patchwork Quilt” & “Hattiesburg Hustle” from Soundcheck/Rehearsal that same day.