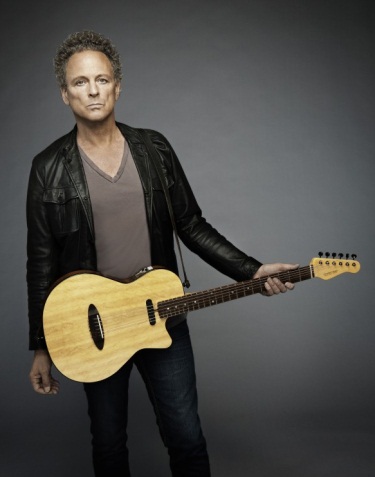 The album is Buckingham’s first self-release, in which he took a true DIY approach, not only writing and performing every song on the record but producing and mixing them as well. Buckingham also announced a 31-city North American tour in support of the album which kicks off on September 9th in Nevada and continues through October 25th in Napa, CA.

Speaking on Seeds We Sow, Buckingham says, “This might be the best work I’ve ever done. I think it’s an excellent representation of what I do. It shows a certain maturity and musicianship and I just feel like I have a lot of tools in my musical vocabulary from which to draw that are again the product of the choices I’ve made. It’s on my own terms. This is very much from the inside out and I hope I never stop doing that.”

From the album’s first single “In Our Own Time,” to the soft melodic pop/rock tinge of “End Of Time” and the album’s most rocking track, “One Take,” to the touching “When She Comes Down” and the almost lullaby-esque hushed tones of the gorgeous closing number, “She Smiles Sweetly,” the album showcases Buckingham’s full arsenal of skills. Just as his guitar style on Seeds We Sow is more mature and refined, so too are his lyrics, with one of the standout tracks being the hook-laden “Illumination.” “I think the lyrics over the years have actually gotten better because they’ve gotten a little, I don’t want to say obscure, but more poetic in the way they’re created,” he says, adding, “It’s a mysterious process even to me.”

As a part of his promo tour, Lindsey made a stop on the Conan O’Brien show: