The album will coincide with Bonamassa’s forthcoming “Dust Bowl 2011 World Tour” that will take in cities across America, Canada, Europe, Asia and Australia. 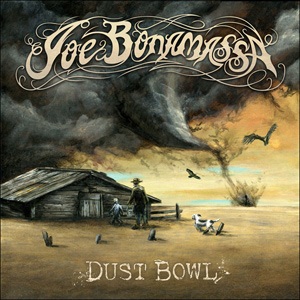 “I think Dust Bowl is the best album we’ve ever done,” says Bonamassa. “I’m finding more inspiration in storytelling in my 30s, in writing songs that are about something more profound than ‘my baby left me.’ I like albums that are made with the right intentions and sound organic and a little rough around the edges, like a great band playing live in the room.”