On Friday February 22nd, 2013, inakustik will release a compilation of three rare and previously unreleased German concerts recorded and filmed in 1989, 1995 and 2000, from the Canadian blues rock guitarist, Jeff Healey. 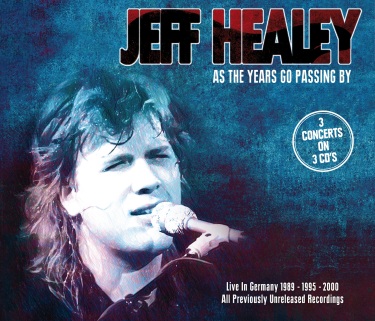 Entitled “Jeff Healey – As The Years Go Passing By: Live in Germany 1989 – 1995 – 2000”, the concerts will be released as a 3 CD-set, and as a Deluxe Edition 3CD + 2DVD. The latter includes an extensive booklet featuring contributions from the participating musicians, plus rare photos.

“With the fifth anniversary of Jeff’s passing coming up on 2nd March 2013, we were looking for a special way to commemorate and help celebrate Jeff’s life and legacy,”says Jeff’s widow, Cristie Healey.

“In preparing for this release, it was important to include the participation of as many of the performers involved as possible. Jeff’s friends and colleagues have enthusiastically shared their memories of the concerts which help to make this rare live compilation extra special.”

“The Jeff Healey Estate is very proud to endorse this release. It’s the first collection of archive material to be officially released with the approval of the Healey Family since Jeff left us all too soon. We are privileged to continue the legacy of his immense efforts, incredible talent and sheer love of music, for everyone to enjoy.”

The three concerts give fans an insightful look into the evolution of Jeff Healey… a document of an outstanding guitarist in three distinct phases of his career. The concerts are presented as they were performed, live without the aid of studio intervention. Spanning eleven and a half years, they cover different periods in the history of the Jeff Healey Band, and yet, they are all linked by a common thread, Germany.

Germany always held a special place for the Jeff Healey Band. Consistently one of their strongest markets, German audiences were always fantastic and appreciative, giving Jeff and his band extra fire. 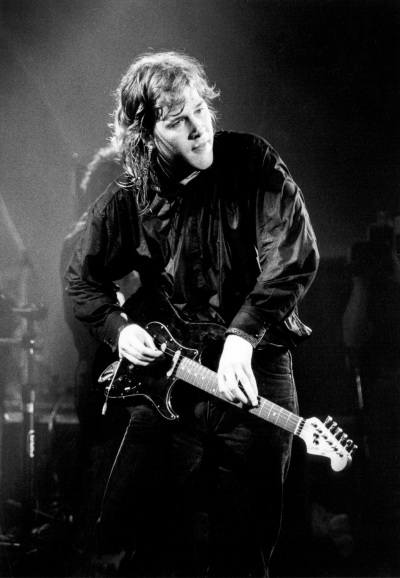 Blind from early childhood due to a rare form of eye cancer, Jeff Healey’s guitar playing virtuosity and soulful voice saw him rise to prominence in the entertainment world in the late 1980’s and ‘90’s selling millions of albums worldwide. Over the years, Jeff’s reputation as a player and a person led him to perform and record with such incredible luminaries as Stevie Ray Vaughan, B.B. King, John Mayall, Eric Clapton, the Rolling Stones, Lenny Kravitz, George Harrison, Mark Knopfler, Ian Gillan and many more.

For those who knew him, this fact was always quite apparent, even up to his last live performance, only a month before he passed away.

The live recordings were created with the participation of those who knew Jeff best, sharing his talent with his fans, friends, and fellow musicians for years to come.

GuitarDaddy will post a review shortly after the release date.