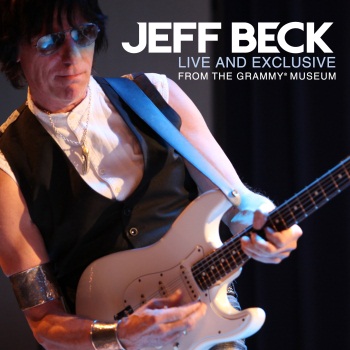 Legendary guitarist Jeff Beck hit the ground running in 2010, kicking the year off by winning his fifth Grammy Award.

Just weeks later, the multi-platinum-selling artist scored the highest Billboard debut of his 45-year career with the release of Emotion & Commotion.

Riding high on that red-hot streak, Beck performed an exclusive show at the Grammy Museum on April 22, thrilling an intimate crowd of 200 with his mind-bending guitar heroics.

Jeff Beck “Live At The Grammy Museum” will release on iTunes this Monday, October 25, 2010.

Note: The listening party will only last a couple of days… so listen NOW!