A while back I wrote a post about “Guitar Artistry” and asked the question: If I can copy (insert your favorite guitar player’s name) licks, does that make me a guitar artist?

That thought jumped back to the front of my mind when I visited the web site of Hamilton Loomis and saw the words: “Innovate, Don’t Imitate”… a phrase coined by the late Bo Diddley and used to inspire Hamilton Loomis to re-define the blues. 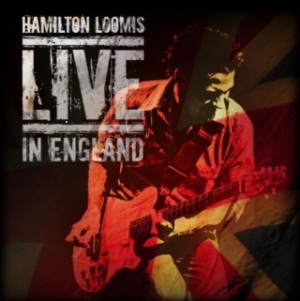 Loomis is one of the young artists at the forefront of bringing blues based American music into the 21st century and redefining it for a contemporary audience.

His is an undeniably blues based artist escalating into what All Music Guide calls “…a mixed bag of modern blues, modern funk, and slick soul.”

Born and raised in Galveston, Texas, Loomis was first hooked on music through his parents’ extensive collection of blues, rock, and soul records.

Loomis honed his multi-instrumental chops early, learning drums, piano, guitar, bass and harmonica by his early teens.  At age sixteen he went backstage to meet Bo Diddley, and before the night was over Loomis was onstage playing alongside the legend.

Since that meeting, Diddley quickly became a friend, mentor, and supporter.

“INNOVATE, DON’T IMITATE”…are Diddley’s words and they continue to inspire Loomis and fuel his desire for creativity and originality.

Hamilton Loomis’ “Live In England” release captures his masterfull blending of his myriad of influences into a live performance.

“Hamilton is the future of the electric blues.”
-Malcolm Walls, Delta Blues Festival