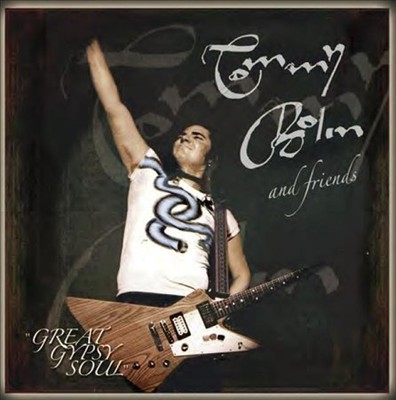 CD AND SPECIAL EDITION DOUBLE CD WITH BONUS TRACKS ARE SET FOR RELEASE MARCH 27, 2012 ON 429 RECORDS.

In the annals of rock history, Tommy Bolin occupied a brief, but shining stint as a brilliant guitarist who wowed those in the know with his mastery of many genres—rock, fusion, funk, reggae and heavy metal among others. Along with a much lauded solo career that, pushed the boundaries of rock/jazz fusion, Bolin played with The James Gang and Deep Purple which set him up for major solo guitar stardom which was cut short by his untimely death in 1976. Not to be overlooked, there’s been much written about the guitar wunderkind and now a top notch roster of players have signed on to pay tribute to Bolin on a new CD titled: GREAT GYPSY SOUL.

Produced by Greg Hampton and Warren Haynes, it’s a remarkable project that brings together major players who actually perform alongside Tommy Bolin’s playing and vocals from the recording outtakes to his solo debut album “Teaser.”

GREAT GYPSY SOUL will be released on 429 Records on March 27 in both a single CD format and double CD with bonus tracks. A series of promotional concerts are also in the works.

Tommy Bolin was the quintessential guitar prodigy who focused his talents within the burgeoning rock/metal scenes of the early 70’s as well as mastered a highly lauded jazz fusion technique, catching the attention of rock tastemakers and guitar legend peers. It was just a matter of time before Bolin was making a name for himself playing on projects as diverse as Billy Cobham’s “Spectrum” project (considered one of the great jazz fusion recordings of all time), replacing Joe Walsh in the James Gang, playing session work on seminal fusion projects by Moxy and Alphonse Mouzon, to replacing Ritchie Blackmore in Deep Purple. With the release of his second solo album “Private Eyes”, what should have been a red letter moment for Bolin, opening up for Jeff Beck in Miami, sadly turned tragic as Bolin was found dead of an overdose shortly after the gig.

Says Warren Haynes: “Many of the guests added after the fact have a close personal connection to Tommy—all share in acknowledging his place in rock history. Watching (and hearing) it all come to fruition some 35 years later was a journey of its own—well worth the travel.”

Here is the Track Listing:

FOR A LIMITED TIME, A CD PREVIEW IS AVAILABLE HERE: 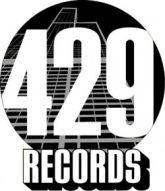 BOTH THE CD AND THE SPECIAL EDITION DOUBLE CD WITH BONUS TRACKS ARE SET FOR RELEASE ON MARCH 27, 2012.