As most of TheGuitarBuzz.com readers know, I am 100% passionate about the guitar.

I have a personal preference to the Jazz & Blues genres…even though I grew up in the 70’s with some pretty stiff Rock and Roll bands that will never lose their spot on my iPod.

The other thing most regular BUZZ readers know is that I recognize and appreciate guitar playing TALENT and ABILITY, regardless of genre.

Enter Brennan Dylan. Brennan’s musical style would best be described as “Original techno-electro driven by melodic synth with heavy hitting beats powered by ripped technical guitar and riveting guitar riffs”. He is a guitar player with a ton of talent, two tons of ability and enough energy to power a 5,000 seat auditorium.

A few months ago, Brennan stumbled across TheGuitarBuzz.com web site. He liked what he read and could feel the passion about guitar playing in my writing. After swapping a few emails, he sent me a copy of his new CD, “Bullet Ride” to listen to.

In his email, he shared how his High School music teacher told him that…(get this)…”The Guitar IS NOT an Instrument”. Over the years, Brennan took those words as a personal challenge.

Bullet Ride is Brennon’s first EP and it fully demonstrates his amazing artistic ability. Credit Brennan for the guitar, Keyboards and Synthesizers! 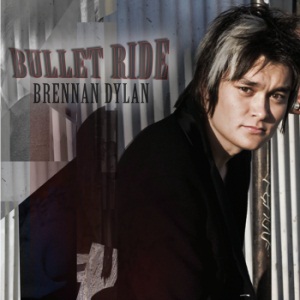 (From CD Baby) When Brennan Dylan was 10, he began studying saxophone, playing swing in stage bands into High School. At 14 he discovered an old guitar in his basement, which lead to his sax being completely ignored. He studied rock, practicing to Van Halen, AC/DC, Malmsteen, Megadeth, Motely Crue, Iron Maiden, LA Guns and others.

A year later he switched to classical study, incorporating what he learned into his rock compositions. The young artist began performing at school, talent shows and clubs when he was 14. At 15, he began a 3 year odyssey performing rock/blues/jazz improv at a club 2 – 3 times a week. Always pushing the envelop, Dylan settled for nothing less than his own style and interpretation of what ever was on deck, relentlessly pursuing his dream as he adapted to whoever he was on stage with.

In 2007 Brennan saw Deadmau5 with Tommy Lee and DJ Aero, a show that was a pivotal frame in his life. For the next 3 years, he was totally consumed with fusing guitar to hard house, techno and electronica. 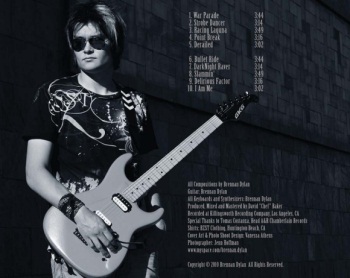 The driven guitarist said good-bye to his friends, packed a suitcase and headed to Boston to study Performance Guitar at Berklee College of Music.

Berklee provided the perfect environment to study and learn his craft and took him to Los Angeles. He is uniquely original, playing from inside. He is comfortable reading notation and tablature, playing by ear and showcasing his improvisational skills, creating as he lives in the midst of L.A.’s siren driven fame, while ignoring its castaways’ ignited chaos.

Brennan proves that the guitar IS an instrument!

You can follow Brennan on his MySpace site by CLICKING HERE.

Brennan’s music is available on iTunes and Amazon.