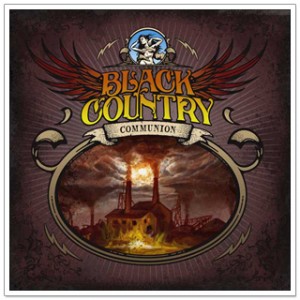 Download The Brand New Single “One Last Soul” For Free!

Black Country Communion will also guest on the nationally syndicated radio show “Rockline” with host Bob Coburn on Wednesday, Sept. 8 at 8:30pm PT/11:30pm ET. Fans are encouraged to speak with the band by calling 1-800-344-ROCK(7625).

The album will be officially released and available in stores in the UK and Europe through Mascot Records on Monday, September 20 followed by a North America release on Tuesday, September 21 through Bonamassa’s own J&R Adventures Label. The album was produced and mixed by Kevin Shirley (Black Crowes, Aerosmith, Led Zeppelin), and mastered by the legendary Bob Ludwig. It was recorded at Shangri-La Studios in Malibu in early 2010.

All songs are sung by Glenn Hughes, with the exception of “Song Of Yesterday” and “The Revolution In Me”, which are both sung by Joe Bonamassa. Hughes and Bonamassa share lead vocals on “Sista Jane” and “Too Late For The Sun”. Also included is a new version of “Medusa”, the rock classic Hughes originally recorded with his first band Trapeze.

The seed for Black Country Communion was planted when Shirley saw Hughes and Bonamassa combine forces on stage in Los Angeles in Nov. 2009 for an explosive performance at Guitar Center’s King of the Blues event. Shirley then recruited Bonham and Sherinian for the project, which is named after the industrial area in the British Midlands where both Hughes and Bonham were born and raised.

Black Country Communion is planning a tour in 2011.