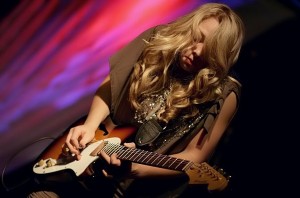 If you follow this blog on a regular basis, you know that the BLUES is high on the list around here.

Looking back to 2012, we must recognize Samantha Fish as “Best New Blues Artist” of the year.

Just a few months ago, very few people outside Kansas City, Missouri knew there was a young, dynamic musician named Samantha Fish getting ready to take the world by storm.

In fact, it’s not all that long ago that the 22-year-old singer/guitarist first discovered the blues and started paying her dues on that city’s local scene. With Runaway, her solo debut, she now breaks out big time, announcing herself as a newcomer to be reckoned with.

What Dan Patlansky can do with a six string Fender Stratocaster at the age of 30, most critically acclaimed guitarists will never quite achieve in a lifetime.

The word “legend” is loaded with meaning – especially when one thinks of Blues-legends. It conjures up images of seasoned older players that have been touched with a rare gift, and whose talent has been salted through the onslaught of years in the music business..

To achieve legend-status as a Blues-musician at the age of 30 is almost unheard of.

Enter Dan Patlansky – an artist who shares the muse that touched Hendrix, Zeppelin and Stevie Ray Vaughan. What Dan Patlansky can do with a six-string Fender Stratocaster at the age of 30, most critically acclaimed guitarists will never quite achieve in a lifetime.

Dan Patlansky is a conglomerate of charisma, charm and musical genius – and all of this comes wrapped up in an unassuming, startlingly attractive package that bespeaks his Judeo-Spanish heritage. And yet, he doesn’t seem to realise the extent of his extremely tactile appeal – both on stage and in person. Humility suits him well and is as much an extension of his being as his Fender. There are no airs and graces here – just sincerity and an incredible musical talent.

In only a little over a decade on the music scene, Dan Patlansky has become one of the busiest and most respected blues artists to ever come out of South Africa. His music can best be described as vacillating between slick, soulful blues and the renegade psychedelic angst and raw emotion of Hendrix or Zeppelin – fire encased in ice…if you will.

“Dan Patlansky is one of the most renowned and fiery blues artists in the southern hemisphere and one of the greatest I’ve ever seen.”
–David Batiste Sr. (New Orleans)

His epic talent as a Blues-musician aside, a little-known fact about the man is that he can sing…Dan’s voice has a gut-wrenching quality that compliments the renegade approach to the Blues. Imagine a young Tom Waits and Marianne Faithful (post-Lucy Jordan) producing a musical heir – and you’re close to understanding the emotive quality of Dan’s voice. When he grabs hold of his Fender he becomes a modern-day knight slaying dragons on stage and bemoaning the carnage all at once. He is one of those rare talents capable of whisking an audience into a netherworld of sonic orgasms.

David Batiste Sr. once said that “Dan Patlansky is one of the most renowned and fiery blues artists in the southern hemisphere and one of the greatest I’ve ever seen.” Anyone who hears him play will agree. Meanwhile, Dan Patlansky just carries on playing and blazing musical trails across South Africa and the world, as effortlessly as a summer breeze. One might call him an enigma. Perhaps. But would one call him a legend? For sure.

I am launching a new category to the blog titled “Should Be (more) Famous”.

Posts in this category will feature guitarists that are not necessarily household names, but probably should be — at least in the homes of guitar players. I say “more” famous because perhaps they already are famous, but the GuitarDaddy has not heard of them! Hey, 6 years ago I had never heard of Joe Bonamassa! 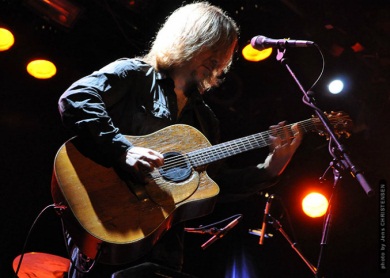 Monte Montgomery is best described by one word: Musical.

Having grown up immersed in music, he’s been playing professionally since his teens, and is currently one of the hottest draws on the talent-packed Austin, TX music scene.

Rated by Guitar One magazine as one of the Top 10 Best Undiscovered Guitarists in America, Monte has earned praise from both critics and fellow musicians for his stunning and imaginative six-string work as well as his abilities as a Singer and a Crafter of ear-catching pop-rock songs imbued with a deep roots sensibility. Monte recently released “New & Approved”, a Live Album recorded in a very special setting featuring Monte and drummer Phil Bass in a Duo performance recorded at the Cactus Café in Austin, Texas. New & Approved showcases Monte’s ability to deliver not only as a virtuoso guitarist but also as a refined vocalist reflecting on all his gifts with class and finesse.

As Acoustic Guitar magazine notes, “Monte Montgomery is not your typical up-and-coming guitar god. His exquisitely crafted, melodically and rhythmically sophisticated pop songs suggest the best of Fleetwood Mac, Squeeze and The Police, while just happening to integrate the most mind-boggling guitar work in the state of Texas.” Monte’s earlier releases put an accent on his full range of his talents. New & Approved gives the listener a hint of Montes’s dynamic rock n’ roll experience at his electrifying shows with Rich, Stunning guitar work and Powerful Song Deliveries.

On January 24, 2004, Alvarez Guitars unveiled the MMY1 Monte Montgomery Signature Guitar, a model based on Montgomery’s 1987 Alvarez-Yairi DY62C Acoustic-Electric Guitar. Due to his intense playing style, Montgomery has broken the neck of his DY62C four times—the MMY1 has a reinforced neck to prevent such breakage.